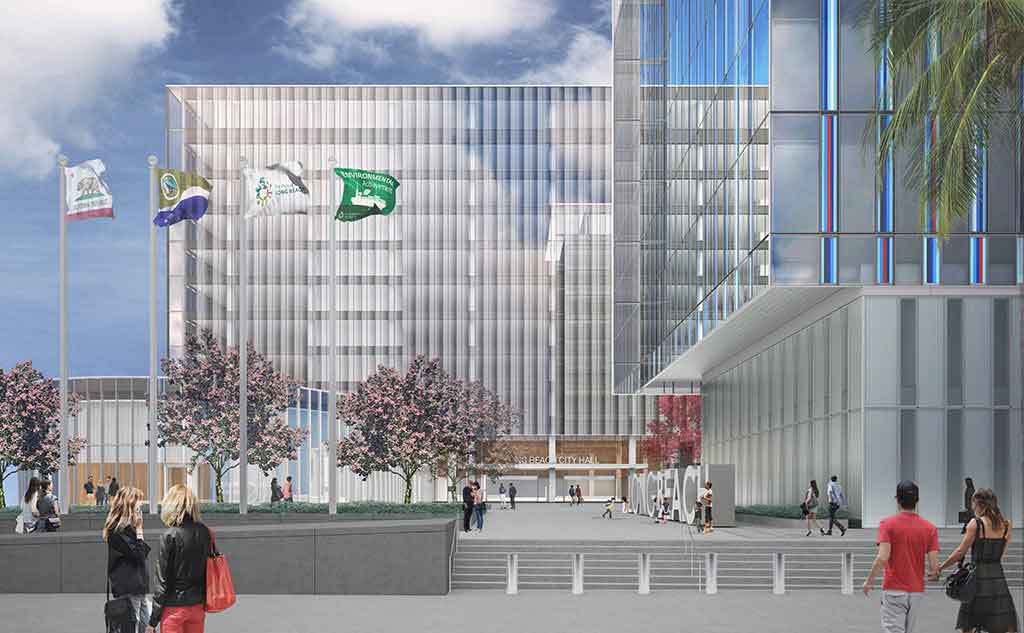 We developed whole-building strategies to lower the energy needed and introduced renewable sources, such as photovoltaics and rainwater-capture systems.

We provided preliminary energy modeling, solar studies, and system sketches to inform the overall architecture and programmatic concept. To save money and improve energy efficiency, we designed an underfloor-air-distribution system for heating and cooling that allows for taller ceiling heights. The taller ceiling heights, in turn, enable natural light to penetrate more deeply into the narrow floor plate and significantly decrease the need for LED lighting during the day.

By forming a DBFOM, Syska and our partners – SOM; Clark Construction Group, LLC; PECP; and Johnson Controls International – significantly decreased upfront costs and risks for Long Beach. The agreement obligates the team to design, build, finance, operate, and maintain the new civic center for the next 40 years.

The project is on track not only to achieve LEED Gold Certification, but also to outperform ASHRAE Standard 90.1-2008 by approximately 34 percent.  Meanwhile, urban planners, city governments, and real estate developers are keeping their eyes on Long Beach. According to the Los Angeles Times, the Civic Center is “the largest public-private development of its kind on the West Coast” and “is expected to serve as a model for other cities in the United States.”