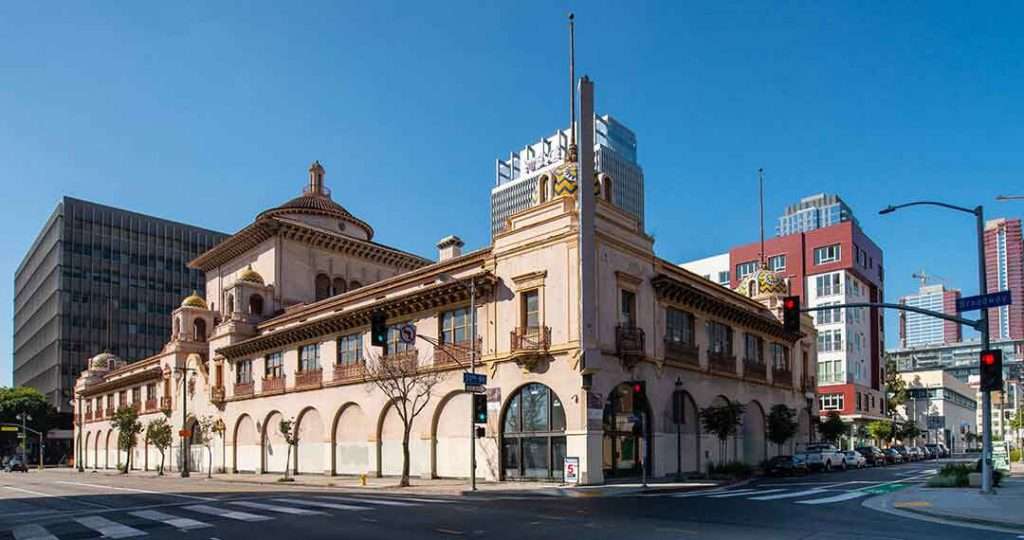 This is certainly true of our work on the Herald-Examiner building, a landmark property in the South Park neighborhood of Downtown Los Angeles. Since 1989, when the newspaper folded, the five-story, 150,000-square-foot building served as a set for film and TV shoots, but it otherwise had remained vacant.

Today, thanks to a $56.4 million renovation, the building has been restored to its former glory, fully reflecting its historic and architectural significance. And we’re pleased to report that you’ll see little evidence of Syska’s work, which to us equates to great success.

Syska began by conducting an MEP study and recommending MEP systems, and followed with a full design of the MEP core and shell systems and a vertical transportation upgrade. According to Syska’s Tim Tyrrell, PE, the main challenges were to 1) deliver reliable performance while preserving the historic feel of the structure, and 2) to ensure flexibility for varying uses and future tenant fit-outs.

Tim notes when the building was originally constructed, codes were more lenient. So instead of reusing the existing systems, which were located in the basement, the team tore them out and installed completely new systems. The new ones have the latest controls and meet high standards of energy-efficiency, but, for the most part, are invisible to the public. The exception is a new mechanical well located on the south side of the building, but the team made sure that its design cohered with the surrounding architecture.

The elevator is the centerpiece of the lobby; it was critical to maintain its appearance. The building has inherent challenges such as maintaining the original roof design, making it necessary to adapt new elevators in existing hoistways. In order to move tenants and user groups thru the building efficient, Syska and Gensler worked closely to develop unique applications thereby enhancing the historic structure and providing a high level of functionality to new tenants and demands.

In terms of flexibility, the team had to design systems that worked for both office tenants and restaurants. “The system requirements for each type of use are drastically different,” Tim explains. “Systems for restaurants have to handle grease removal and additional electrical loads for kitchen equipment.” Now that these systems are in place, leasing of the retail is underway.

Flexibility also applied to the types of office tenants. Most of the available office space has been leased by Arizona State University for a satellite school of journalism, but during the design stage the tenant roster was speculative. Therefore, Syska developed system routing and distribution that could perform well for a wide range of fit-outs. “We made sure that pipes and equipment would stay hidden, no matter what type of fit-out the tenant chose,” says Tim.

The completed reconstruction is a major milestone in the revitalization of the neighborhood. Today, the area houses several boutique hotels converted from classic office buildings and a number of upscale residential developments. Tim points out that because all of these projects have been carefully coordinated, each plays a part in preserving the aesthetic of the last century.